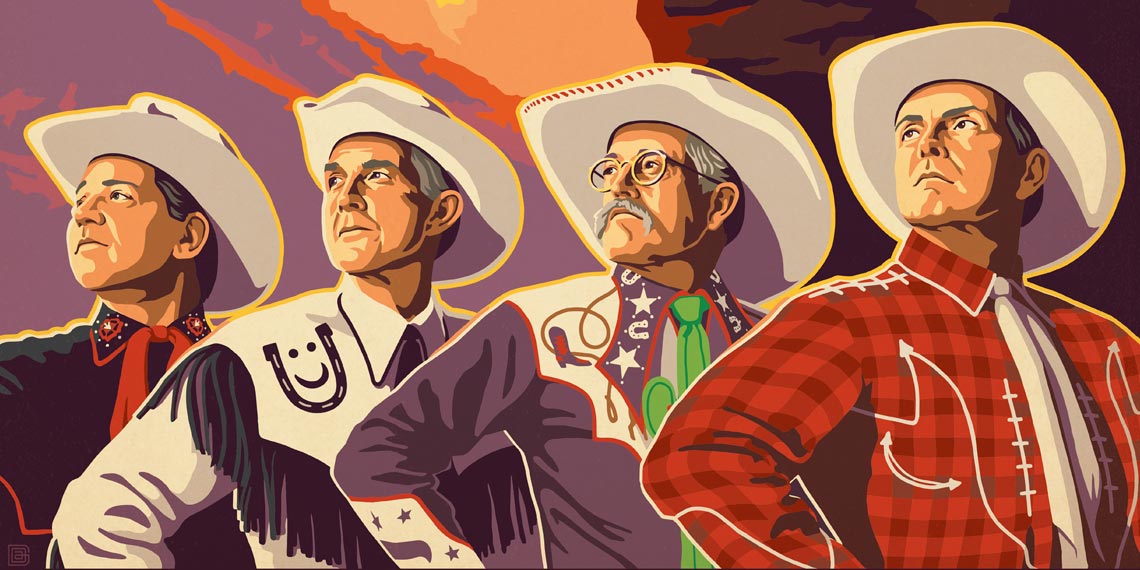 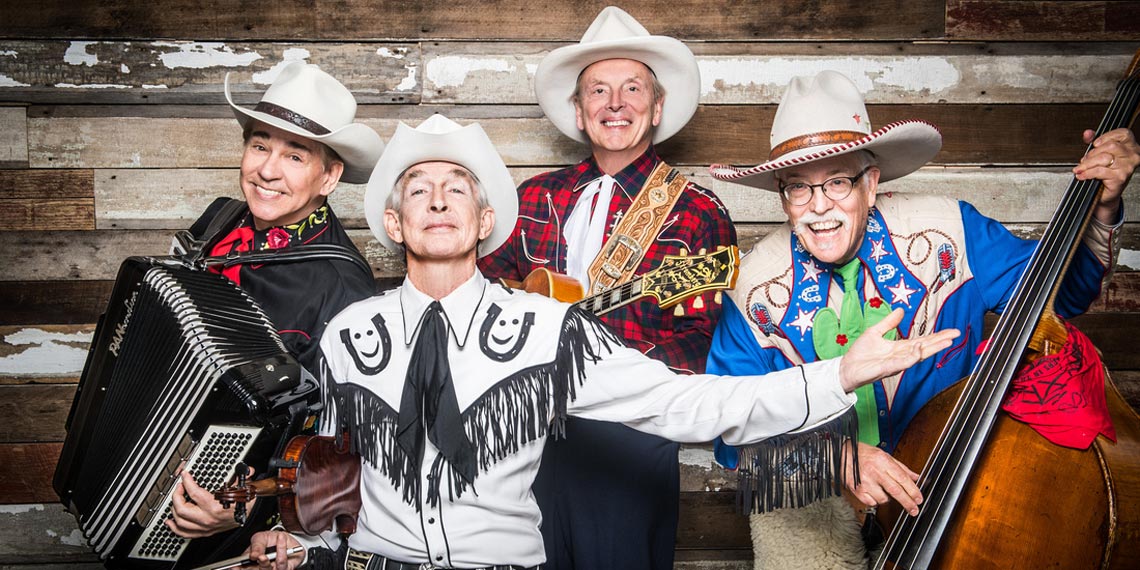 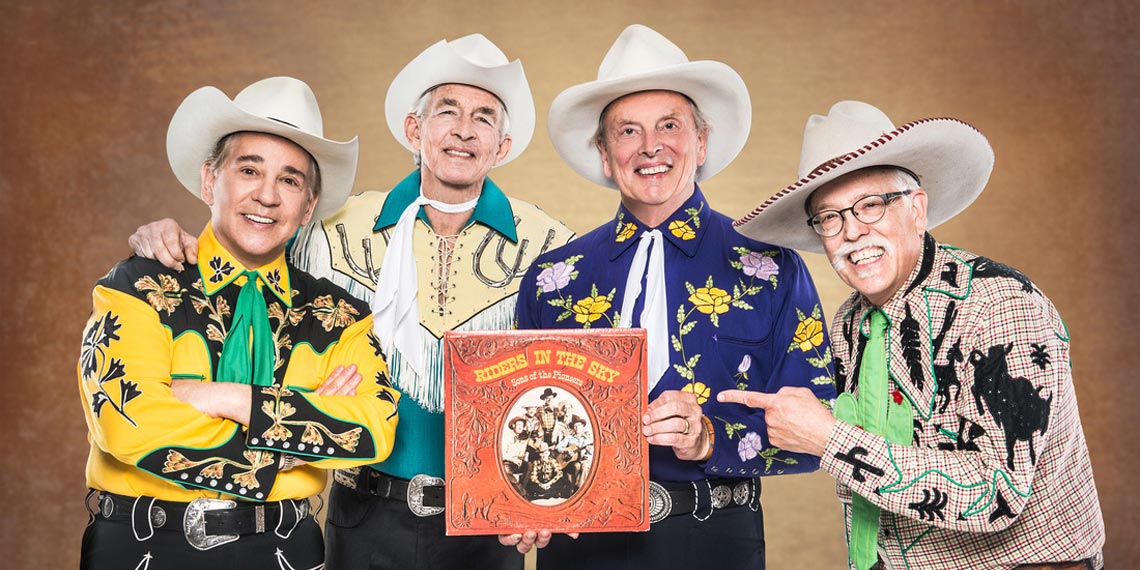 Known as America’s Favorite Cowboys, Riders in the Sky have been entertaining audiences since the 70s. This Western music and comedy quartet—comprising Ranger Doug, Too Slim, Woody Paul and Joey the Cowpolka King—has revived and revitalized the genre of Gene Autry and Roy Rogers, taking it to new heights. They have won GRAMMY® awards, boast 35 years on the Grand Ole Opry, made more than 7,200 live appearances, been inducted in Western Music Association’s Hall of Fame, and have toured all 50 states as well as all over the world. The cowboy charisma and comedic flair made them naturals for TV, landing them their own weekly show on TNN and a Saturday morning series on CBS. They sang “Woody’s Roundup” in the movie Toy Story 2, which was followed by several projects for Disney, including two albums, both of which won Grammy Awards. With no signs of slowing down, they continue to produce episodes of the award winning “Classic Cowboy Corral” on Sirius/XM.