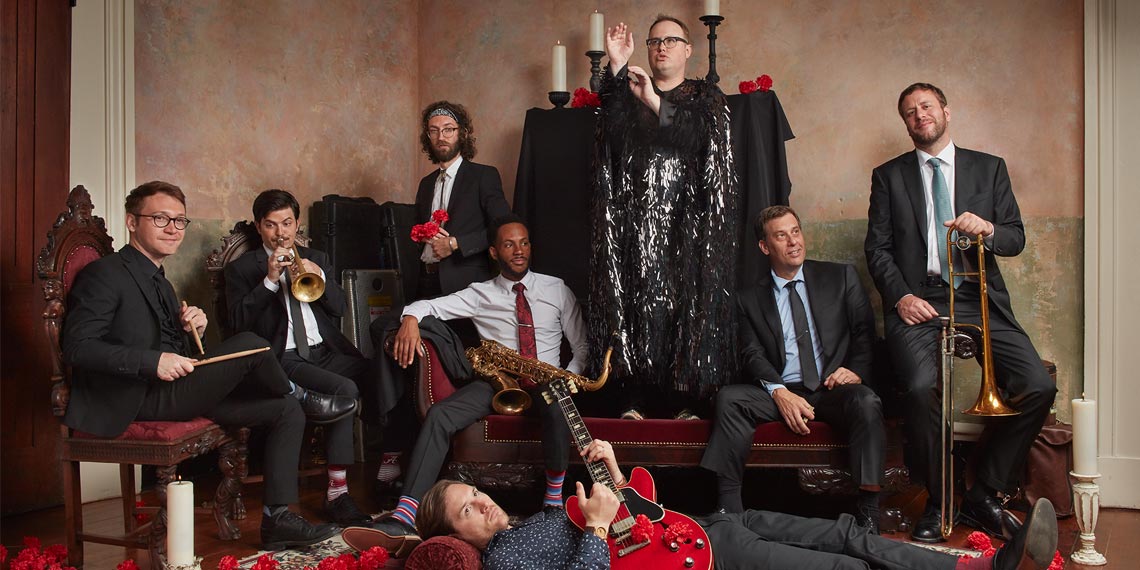 St. Paul & The Broken Bones formed in 2012, releasing their debut album Half the City in 2014 and its follow up, 2016’s Sea of Noise, to much acclaim, placing them on the national scene. The band worked hard to prove they were no mere retro-soul band—from relentlessly touring, including opening for The Rolling Stones, headlining at the Ryman Auditorium, to TV appearances including The Late Show with David Letterman, Jimmy Kimmel Live, Conan, Late Night with Seth Meyers, Austin City Limits, and three appearances on The Late Show with Stephen Colbert. In the band’s new album, Young Sick Camellia (RECORDS), St. Paul & The Broken Bones has created a space to rival any forward-thinking band making music today, based on a concept all-too familiar: family, and how we love them despite our differences.