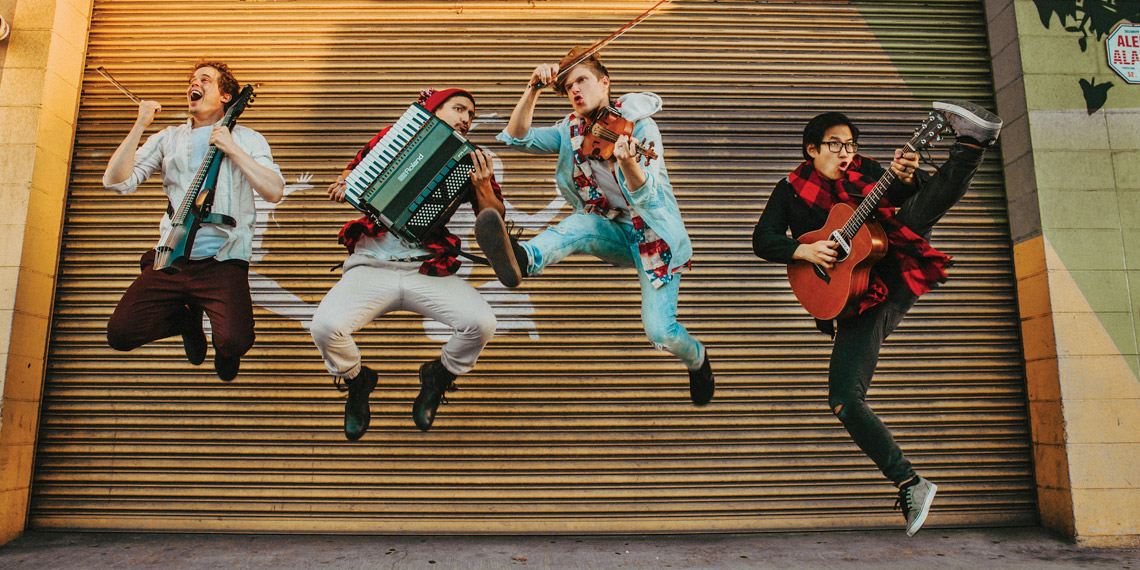 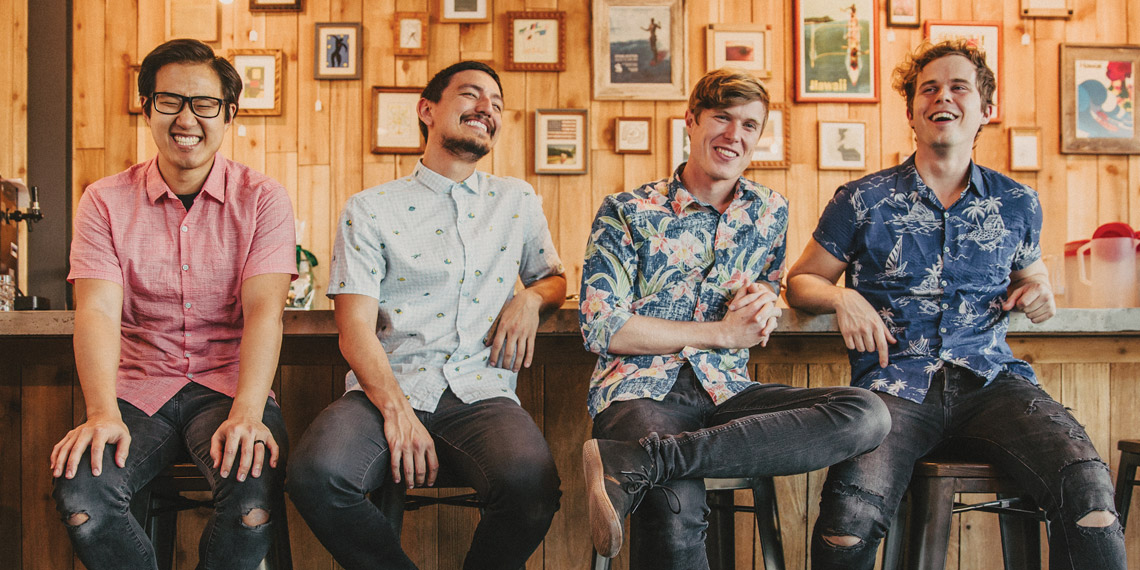 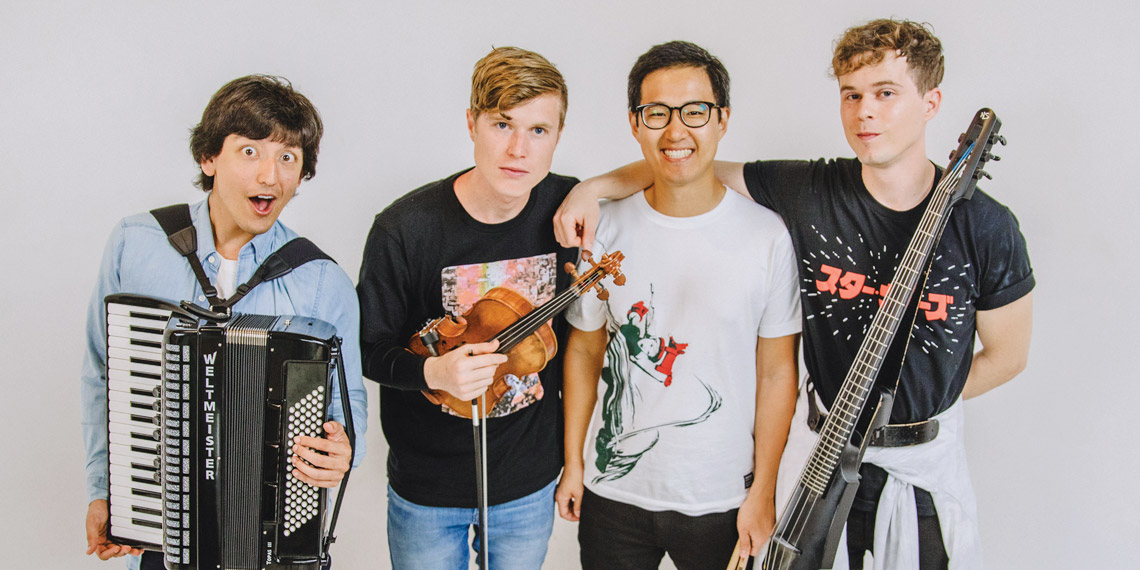 Streetlight Cadence is a fresh and energetic 4-piece band that specializes in a “punk-folk” sound that is established through violin, cello, accordion, guitar and drums with group vocals. The band began as three college students busking to afford food after a full day of classes. Jesse responded to a Craigslist ad posted by Jonathon seeking “Interesting Musicians,” and together with Brian, their fellow orchestra compadre, took to the sidewalks of Waikiki, Hawaii. Years later, long-time friend Ben made the monumental decision to leave his day job and join the group. The members of Streetlight Cadence are friends first and bandmates second, which is felt through their performances and relationship with fans. The group has three unique Billboard chart placements and even self-produced their own Emmy-nominated travel TV show, Will Play For Food. Highlight performance locations beyond the sidewalks include Aloha Stadium, Hawaii Theater, Grand Hyatt in the Bahamas, Disneyland Resort, Italia Cultural Hall in Japan and more! Nine years in and still going strong, Streetlight Cadence continues to step forward in the touring music world with the support of their diverse fanbase from all over the world.