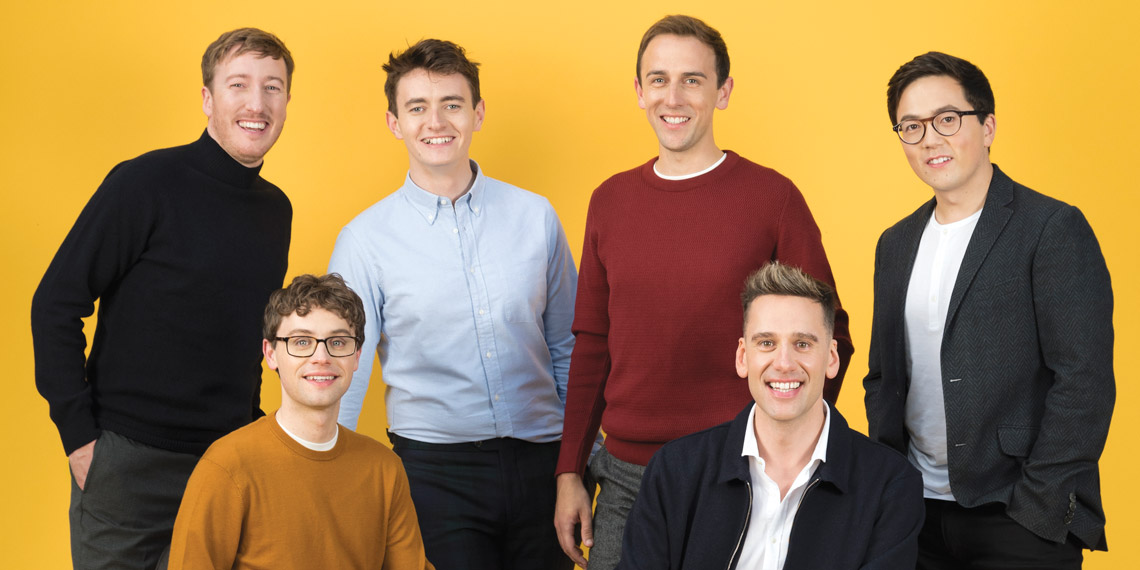 The King’s Singers was initially founded in 1968 by six choral scholars from King’s College who had recently graduated. Founded in Cambridge and debuting in London, the vocal make-up of the group has not changed over the course of their five-decade- long career. Today, it consists of Patrick Dunachie and Edward Button (countertenors), Julian Gregory (tenor), Christopher Bruerton and Nick Ashby (baritones) and Jonathan Howard (bass). In its early years, the group was distinguished for their musical diversity despite coming from traditional choral roots. They quickly became a weekly fixture on prime-time television and their unique British charm, combined with their precise musical craft, captured the hearts of audiences around the world. The King’s Singers have been welcomed on the world’s great stages such as London’s Royal Albert Hall, the Sydney Opera House and Carnegie Hall in New York. Acting as ambassadors for musical excellence across the globe, the King’s Singers currently hold two GRAMMY® Awards, an Emmy Award, and a place in Gramophone magazine’s inaugural Hall of Fame. While a lot has changed since the original King’s Singers first came together, today’s group is still charged by the same lifeblood—one that radiates the joy singing brings every day and gives life to audiences with their virtuosity and vision for an exciting musical future.