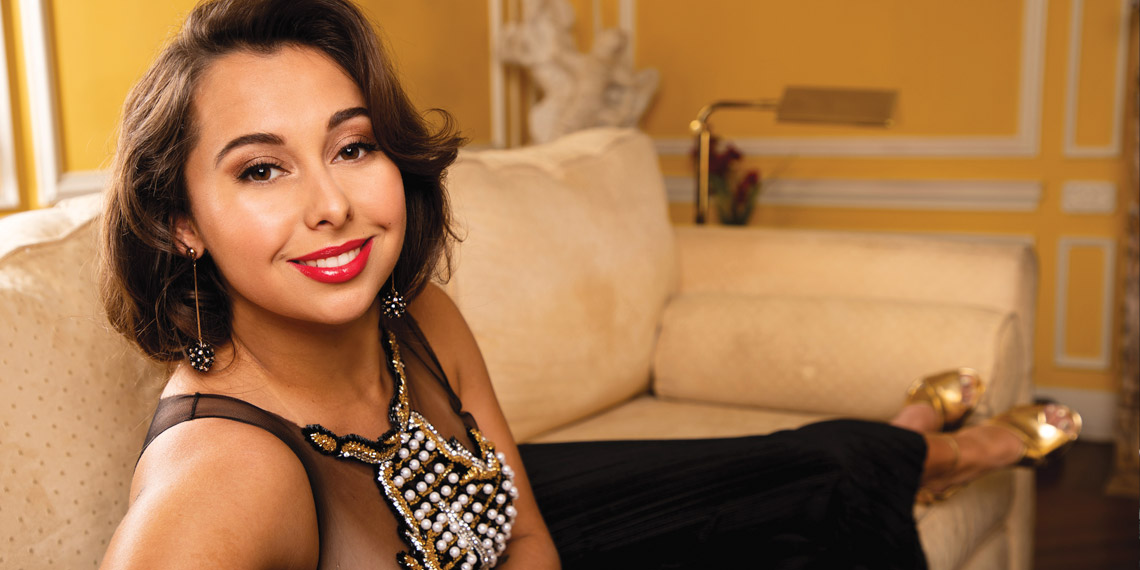 At age 26, Veronica Swift has become one of the world’s most sought- after jazz talents. Swift recorded her first album Veronica’s House of Jazz, at age 9 and began professionally touring with her parents as well as singing and playing trumpet in the youth jazz group, The Young Razzcals Jazz Project. It was with the Young Razzcals she had her first opportunity to perform on festival stages like the Telluride Jazz Festival. At age 11, after recording her second album It’s Great to be Alive, she headlined her first show at Dizzy’s Club Coca-Cola – Jazz at Lincoln Center in New York City. Swift continued touring throughout college, and the past few years, she has toured and performed on numerous occasions with Michael Feinstein, Benny Green, Wynton Marsalis and the Jazz at Lincoln Center Orchestra.